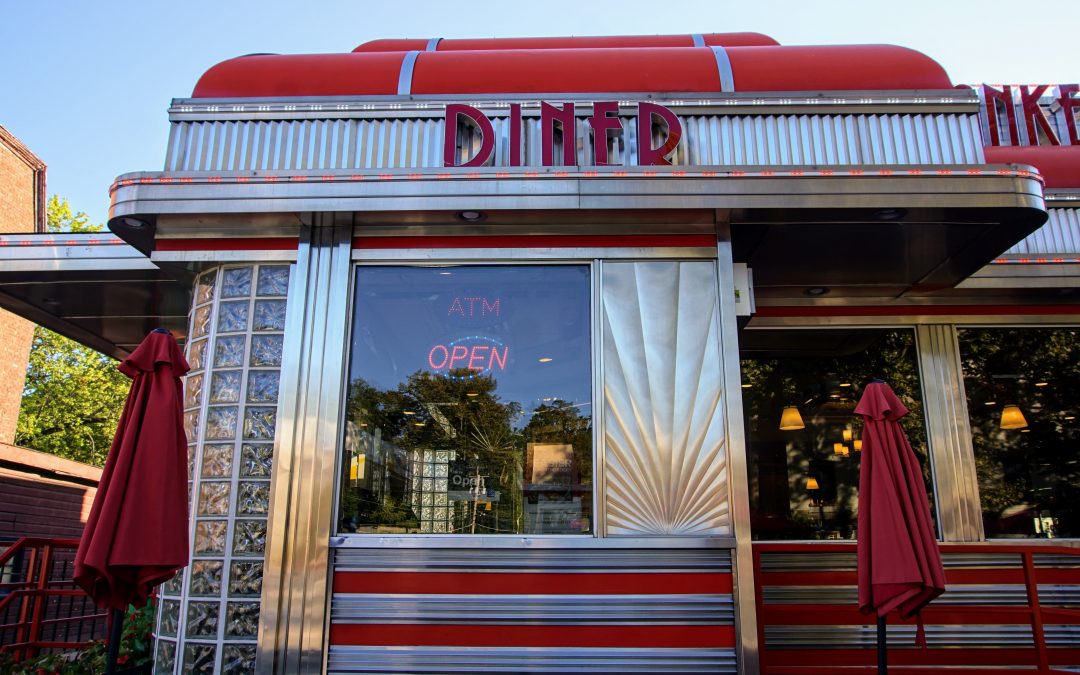 “Look, Daddy.” Sally pulled at her father’s arm, pointing. A rabbit hopped across the street, stopped, twitched its nose. Sally’s eyes followed the floppy ears and white tail as it darted under a parked car. “It’s a bunny.”

“I see, sweetheart.” Shops were closed at mid-day. Not because it was Sunday morning. A gust of wind kicked up tumbleweeds the swirling dust blew down the paved road. Birds chirped from the trees. More birds than ever. Street is damned near deserted. Hank enfolded his little girl’s small, sticky hand in his own. “Come on, let’s go. We need to get these farmers market eggs back home to your Ma’s diner.”

The little girl’s gaze fixed across the road, distracted by fractious tendrils of dance music creeping into the street from the crevices of the worn plaster exterior. What used to be Woolworth’s long ago became a hardware store after the crisis, now had a stuffed peacock in the display window and a stack of books next to a very old spindle. The store front windows had blue velvet curtains drawn to close off the interior.

A waft of cigarette smoke and a peal of screeching laughter slipped out from under the closed door. From the muffled sounds of people, raucous laughter that bespoke of all-nighters’ and the cars parked in front, it was easy to tell there were folks inside and generally what they were up to.

The six-year old girl squinted at the sign above. “Blue Dot Club.” She peered up at her father, whose hand she is still holding. “What’s the Blue Dot Club, Daddy?

They turned from Main street to Pearl, where the shortcut to the family Diner was adjacent to a service stop off of I-44 in Ozark country Missouri.

The Gas & Go was connected to an old fifties style lunch car that served breakfast, lunch and early bird dinner. Situated in a central location, Hank and Betsy’s Gas & Go Diner was the first restaurant and the only gas station off the highway in their small town, only one exit from the natural springs with its clear water lapping at the rocks. Ozarks were considered the hidden gem of the Midwest.

Hank let himself and Sally in through the back door to the kitchen they shared between the diner and their living quarters behind the businesses. The rear portion overlooked the blue green canyons where the river held natural springs intersected in the steep caverns below.

Hank bellied up to the long sit-down Formica counter with polished silver chrome edging, to read his worn and refolded newspaper. They were alone in the diner.

“How do you want your eggs, Hank?” Betsy was still dressed up for church even though they just watched it on the TV these days.

“Over easy. Thanks Bets.”

“Toast?” Her blue gingham dress swayed around her willowy frame as she cracked the eggs to whip up gourmet country omelets.

“No, trying to watch the carbs. Just bacon. Could you turn it up please?”

Hank folded his paper and put it aside. Old news anyway. Last Sunday’s paper. They didn’t deliver any more. Sally skedaddled off to find her brother Jimmy.

Betsy thumbed the television control from behind the counter, turning the volume higher. “NPR reporting live.” The announcer’s voice took over the room like spoiled fish. “New nano technology geothermal development has recently been deployed with overwhelming success. The FDA approved blue chip reflective forehead implants are now available to the public.”

“What’s so special about nano’s new technology?” A woman’s voice interrupted, soothing as butter on a burn.

“Well, Linda, it’s a surgical implant that detects early symptoms of corona virus and changes color to alert nearby security the where-abouts of the individual and warn onlookers of the biological state of its host.”

“Yes, Alan, but that’s old news. Clubs for social interaction all across the world have been using this new technology for months now.”

“Linda, the breaking news is there’s an upgrade. The enhanced 2.0 version also utilizes natural sunlight to generate a force field around the person who wears it. This new blue dot generates a protective radiotronic barrier to virus particles. It acts as a radioactive shield in addition to feeding the electronic high-tech tracker and display unit. Triple action safety. As long as you got your blue dot, you’re A-Okay!”

“I’ll be doggone,” Hank bit down into his fork full of bacon and eggs. “Wonder how much they’ll be charging for those things?”

Betsy stood at the counter spreading jam on toast. “Sally and Jimmy,” she hollered, “come get your Sunday brunch.”

The TV announcer Alan blared the answer. “Due to high market demand and need to recoup research and development costs the enhanced version will be available for a screaming deal of $2995 that’s only 3K to stay healthy!”

“Insurance agencies and pharmaceutical companies have pooled resources, and their generosity, to offer up these ground-breaking phenomenal health benefits at an all-time low cost.

“So, anybody who can afford 3K for one of these gadgets can go out in public now? Without encumbrance.” Linda referred to the current mandatory head-to-toe protective gear that had recently been federally suggested, but was locally enforceable. Except on Sundays.

“Yes Linda, regulatory committees and every local Pandemic Enforcement Board & Community Association Knighthood, or PEBCAK for short. These community organizations have just been given the greenlight by the government on their authority to enforce full body suits in public for all non-blue dot protected civilians.”

“So, let me get this straight Alan. Essentially, you have to wear standard issue full body cover or the blue dot in order to be out in public.”

“Right-oh, Linda.” He said with a smile in his voice.

“And how long will that take to go into effect?”

“Oh, Linda, it’s already mandatory.” He said pompously. “Across the country.” Grinning for the camera, he announced, “the militia has been deployed.”

Hank and Betsy looked out the diner windows. The dark clouds that had been hovering crept in front of the sun. A steel grey presence pulsed, pouring like waste water on a fresh vibrant canvas, blemished and soiled the clear blue day.

The kids came running in. Sally and Jimmy hopped up and down both talking at once, pointing out the bay window overlooking the street. The rumble of trucks projecting the ominous echo of tanks clattering down the road. Their Sunday morning breakfast had been interrupted by what resembled a parade. But it was not.

“We better get us some blue dots, Hank.” Betsy’s frown deepened as she took in the procession of pick-ups with flags flying. One American and the other confederate.

“What about the kids college fund?” Hank scratched his head. “Maybe I ought to give Sam a call.”

Betsy nodded toward the rumble of redneck ideocracy touting their supremacist fascism through the streets. “Do you think that’s going to matter if they get heat stroke this summer wearing those damned polyurethane latex suits? Or if those militant red hats out there get ahold of them with ill intent and an excuse to do ‘em harm. No Hank. This is the new reality.”