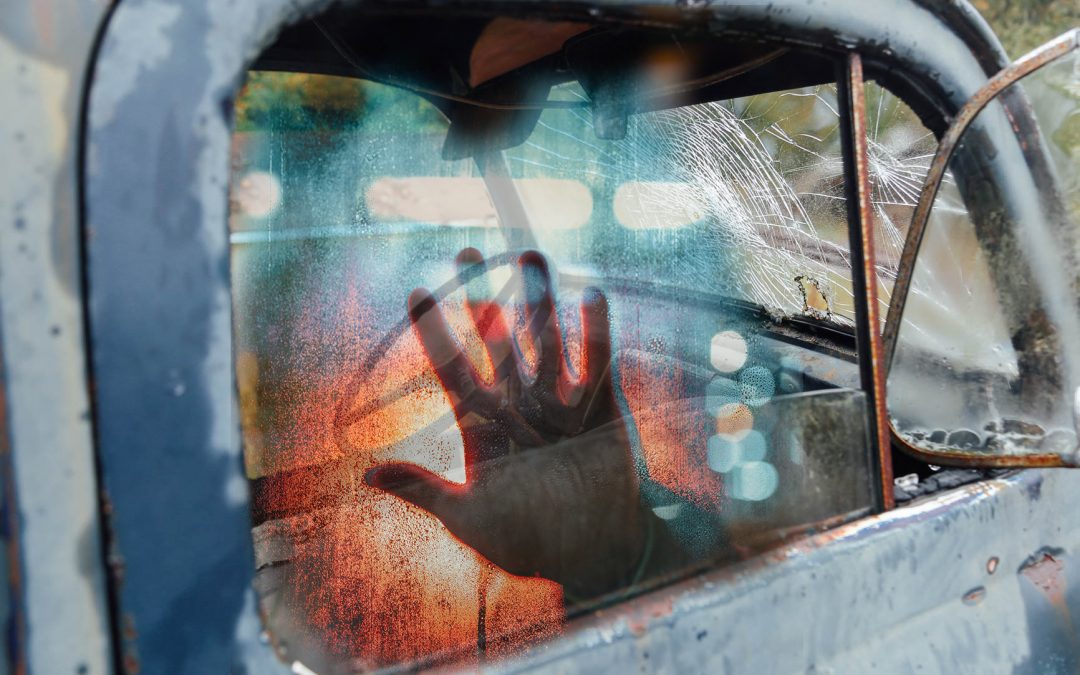 Matty and Elaine were making good time on highway 69, heading southwest toward New Orleans. Around Paducah, the car started shimmying. Matty pulled off the exit that loomed out of nowhere, and they stopped at the first service station they saw. It was a small, spotless single bay garage adjacent to the Ozark Diner.

He carefully coasted the powerless vehicle past the pumps and stopped in front of the open bay outside the service center. He hopped out, waved at the man inside.

“Hey, there,” a tall coffee colored man in faded denim and a white tee shirt came out to greet him. “You having car trouble?”

Matty shook his head. “Wish I could say otherwise. Seem to have lost power.”

Elaine, truly hungry for the first time since the poo bag incident, wandered over to the diner. She pulled open the door and stepped into the 1950s.

The jukebox in the corner was playing a doo-wap tune she almost recognized. Just as she took a seat at the long sit-down Formica counter with polished silver chrome edging, Betsy came out of the kitchen to greet her. She walked by a booth where a boy and a younger girl were sitting, doing schoolwork.

“Homeschooling my kiddoes,” Betsy smiled, slid a glass of ice water in front of Elaine. “Can I get you anything to eat?”

Elaine nodded. Matty came in behind her, sat beside her at the counter. “Car’s going to need some work. I guess now is the time to ask what’s this all about? I’m going to need to let Hank take a look and I need to know some things.”

Betsy set two menus down on the counter and went to check on Sally and Jimmy in the booth.

The phone in her hand buzzed. “What’s happening?” Dave asked. Elaine raised her eyebrows at Matty.

“Refrigeration is pulling too much juice, draining the battery.” Matty held his hand out for the phone. “We need to know how to proceed without compromising the cooling system.”

Dave said, “let me talk to the mechanic.” Elaine handed the phone to Matty, who went outside after he pointed at the fajitas special.

Elaine ordered for them both. There was the food was on the table when Matty returned. Betsy was telling Elaine about the nearby motel overlooking the natural springs of the Ozarks.

Matty cleared his throat. “All going to be taken care of by tomorrow. Problem is the car is going to need a mechanical babysitter.” He looked at Elaine. “We have a new travel companion. Hank has agreed to ride along.”

Elaine stared at him slack-jawed. Betsy set the water pitcher on the counter and bulldozed through the door.

The day’s pulse throbbed like a fresh cut vein, wide open, limp and twisted as an old rag left to disintegrate in the rain. Tabitha tossed and turned after she woke up, remembered. Tired and hung over, she finally pushed herself outside the cocoon of her heavy blankets and searched for water to sooth her scratchy throat.

When she couldn’t stay in bed any longer, Tabitha crept out of the covers. It had grown cold overnight. The morning had a frosty note of winter hovering in the condensation of her draconian morning breath in the icy cold room.

By the time she’d shoved her way to the black and white tiled bathroom, and cupped her hand under the faucet, she was shivering. She showered quickly in the lukewarm water she managed to coax out of the old pipes and took Alison’s pulse.

Tabitha glanced out the window, recalling Eddie’s reference to the car. Sure enough, she spotted it, a red convertible with bumblebee plates. Very conspicuous indeed. It needed to be traded in for a gray Dodge or an old police Chevy. Something dull and forgettable.

Tabitha injected the still sleeping, but almost ready to wake up, blonde with a date rape drug, enough to keep her out but answer a few questions.

“Allison, Did you drive here?”

“Is that thing paid for?”

“You got the proof?”

“In the glove compartment.”

“Promise?” Allison rolled over and went into a deeper sleep. Tabitha waited a minute, staring out the window contemplating. She needed coffee, could smell it wafting from the hotel kitchen. But first she donned the mask and sunglasses from her carry-on case. She glanced at Allison’s tangled curls.

A rifle through Allison’s suitcase turned up a cashmere blue woven hat and scarf. Perfect.

Tabitha tried it on in the mirror. It hid most of her hair.

She filled a to-go cup on her way out, climbed into the tiny little convertible, drove to the drug store, bought some fake blonde hair extensions and fixed them under the hat with hair pins. Close enough. Instant fake faux blonde.

With sunglasses and the blue hat, no one would question the masked blonde flashing the license in Allison’s wallet, or the car title she pulled out of the red convertible glove compartment. Not these days they wouldn’t.

Tabitha pulled into the first podunk used car dealership she saw on route seven, walked the lot till she spotted the most inconspicuous vehicle if she could find. Silver Oldsmobile.

“Oh, gross.” Tabitha couldn’t help uttering when she looked at the red velour interior – like the inside of a heart, it thrummed with lurid vibrations. Blood splatter and gore…intestines crawled in the seats – she blinked. It was better than Allison’s candy apple red rabbit convertible the dealer was salivating over.

“Pretty boss.” She opened the door, sat at the wheel, got back out, circled the car speculatively. It was totally inconspicuous. The gray burnished faded tin can paint job blended into the overcast day. The V-8 engine would outrun an outdated cop car. An old-fashioned silver bullet. Perfect for a getaway. “How much?”

“That thing’s worth two of these. Maybe three.”

“Why you trading it in then?”

“How soon can I get the plates?”

“Give us your address. It can be a day after tomorrow or next week.” He rubbed his thumb and forefinger together.

Tabitha rolled her eyes, took out a couple hundreds and laid them on top of the stack of bills. “How soon can it be?”

The greasy used car dealer licked his lips. “That would get you day after tomorrow.”

She tossed out another bill.

“Tomorrow.” He nodded and put his hands around the money. “I’ll have it couriered over.” He frowned. “That a hotel?”

She nodded. “I’m waiting for the house to close.” She shrugged her shoulders. “Pandemic delays.”

The best thing about the Olds was the trunk. It was huge. It would fit the road warrior, her own small case and several of the boxes of things she’d brought from the apartment. Laptop and some jewelry. The rest was not important.

A cavern of empty space. M-T.