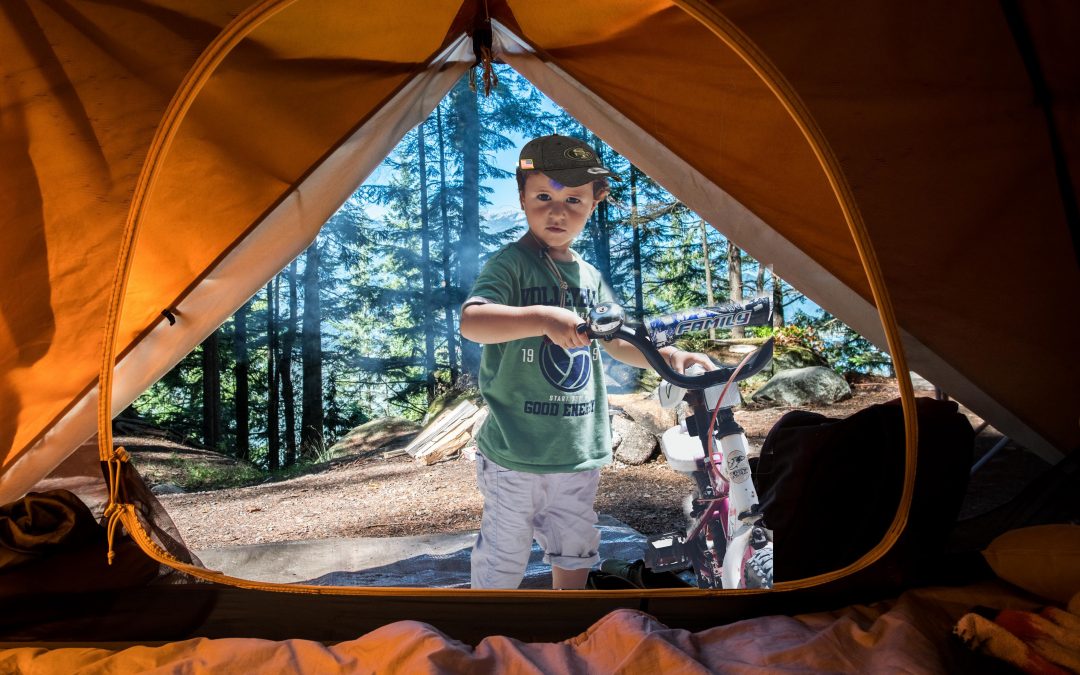 Elaine stared out the window as they took an exit off the highway. The middle of nowhere. Western New York. Near the finger lakes maybe. The sharp dark branches of the surrounding forest still had golden halos of burnt umber leaves and crimson beards.

She hadn’t said a word since they’d slipped into the Silver Range Rover David had outfitted for the trip. Neither had he. She resolved not to be the first to speak.

The further they got from civilization, the harder it became to keep silent.

“Where are we going?”

“We’re almost there. Last gas stop, I reserved a site on Hip Camp that promised to be out of the way, off the grid and remote. I would’ve asked but you didn’t seem that interested in talking.”

“Oh, yeah, well neither did you.” Elaine scrunched up her face. They hadn’t needed to debate the mask or no mask question for the journey. For obvious reasons. “I haven’t gone camping in a while.”

Matty pulled over where the GPS had taken them, just off a dirt road, deep in a valley, mountains on either side. “Hope you brought warm clothes,” his voice sounded brittle. “It’s supposed to get down to almost freezing tonight.”

The jagged edges of tree trunks jutted out where the wind had already sliced off the thickest coats of flamboyant leaves, leaving the trees naked in awkward places. Quivering under the threat of winter hovering like a frosty slap after the warm embrace of Indian summer. The sun dipped behind an evergreen fence of trees atop the western peak as they got out of the car and surveyed the gravel pit beside the inky black waters of a stagnant pond.

“Are all the primitive ones this rustic?” Elaine bunny eared rustic.

“No.” Matty shook his head. “Hip camp is like Air Bnb. Totally hit or miss.” He unloaded the tightly packed tent and camping supplies while Elaine searched for something warmer to wear and charcoal to start the grill. “Fuck,” she slammed the car door. “No charcoal and I don’t see a grill anywhere.” She squinted, looking up at the clouds rolling in as she slid into her NYU lined hoody sweatshirt. He didn’t answer her, just caried the tent to the grass beside the gravel area and began unzipping.

Elaine stooped to collect kindling and a few thicker pieces of dead wood nearby. “This is going to take forever and I’m starving.” A sudden waft of decay stopped her, she glanced at the pond, almost expecting to see a bloated carcass floating in it.

A Fed ex truck shattered the silence, then a battered old Chevy Silverado lumbered past them on the dirt road while Matty set up the tent.

Elaine furiously blew on the spark that was struggling to take hold in the kindling she had cobbled together on a patch of dirt between a few rocks. “I thought primitive camping meant it would be, like, quiet, remote…”

The Fed Ex truck raced back the way it had come, followed by an SUV, with a fish bumper sticker.

“It’s supposed to…” A parade of silent hollow-eyed faces staring from the windows of a beat rusty yellow school bus rumbled by, drowning out his last words. Matty dropped a pile of logs heavy enough to make dust swirl. “Here’s more wood.”

Elaine went back to stoking the fire. “Okay then maybe glamping would be better for tomorrow. At least there would be a real bathroom instead of this rickety human litter box.” She nodded toward a three-sided outhouse, made of recycled wood and sticks that looked more like a shitbox about to go up in flames than a place you’d go to relive yourself.

“If that’s what you wanna talk about…” He turned and walked back over to the tent, began shoving rods through the slits with more force than needed.

The air cut with a grinding, screeching whir.

A lone kid on a rusty bike creaked with every languid push of the pedal. He made slow looping circles, churning up dust from the dirt road that wafted, scattering into Elaine’s puny fire. Finally, he stopped and asked, “y’all need any help with that?”

Elaine grimaced and shook her head. Her hand buried in the pocket of the decade old pocket, wrapped around the selenite crystal she kept close. She’d worried the edges smooth long ago.

“No thanks, man.” Matty winked at the kid, shot him a toothy smile. “We got it.”

“Wanna buy some eggs?” The closer he came toward Elaine, the stronger the earthy, rotting smell she’d noticed earlier became. She wrinkled her nose at Matty, who grinned at the creepy kid, adjusted his Yankees cap, shook his head again. “Allergic,” he said.

“I understand,” the boy’s unsettling opaque midnight blue eyes fixed on Elaine. He had a lapis lazuli bhindi affixed to his forehead. It caught a glint of light from the remnants of the sunset. An icy needle of prickles skittered down her back and landed in her gut, like a larvae of giant flies hatching. She opened her mouth to say she was sorry, but the skinny, pale creature was already pedaling away, slowly swiveling from one side of the road to the other. He looked over his shoulder before he disappeared around the bend and uttered, “winter is Coming…” she could barely make out, before he let loose with a sopping peal of frog croaked giggles.

“This place is giving me the creeps.” Elaine opened a package of organic hot dogs.

“Next time we’ll stick with campgrounds.” Matty was chiseling the end of two sticks he’d found with a pocket knife. “It’s not quite as off the radar, but we’re going to need clean water and showers.”

“So, where are you going to sleep?” She nodded pointedly at the tent.

“Sorry, wilderness girl, going to have to rough it…” He handed her one of the sticks. “Look, this is a job. There’s sperate sleeping bags. If you feel like risking COVID in some divey motels or hotels that will take cash, we can stay indoors from now on.”

“Right,” he snorted, stood and stretched reaching for the pink length of meat. “You’re the one who left shit on my coffee table. Don’t pretend it’s going to kill you to share a tent with me.” He looked down at her. The flickering fire accentuated the lengthening shadows of twilight in the chiseled panes of his face, his dusky features appear to glower. “Honestly Elaine I don’t know what to make of it. I thought we had a good time the other night. Imagine my surprise when I returned home a few hours later to find turds in a bag and a note on my Mom’s junk mail. Charming. Really classy.”

Elaine cringed. Epic hangover mistake. She hadn’t been able to find any major faults the night she had stayed at Matty’s place after their serendipitous meeting in the bodega, a mistaken one-night stand, so her kneejerk reaction to a piece of junk mail with a woman’s name on it was to assume she was his wife. “Yeah, I’m sorry. I guess I thought you were married and well…”

“She died during my last tour in A-Stan. I still get junk mail though.”

“My dad, he had the same name. I’m actually a junior. He died in the trade center in 9-11. And that’s how a military brat like me inherited a swanky classic six in the upper east.”

Even her cringe cringed. “I’m going to go find some rocks for my pockets and crawl into that dank, foul smelling pond over there. It’s all I can do to make up for the shit bag.”

“I mean how did you even think of it anyway?”

He shook his head.

“My last name, Sherlock, is close. Gertie and I got teased about it. Long story short, it was a spoof on a funny little story…” She poked the stick he’d handed her into a hot dog and tossed a foil wrapped pair of buns close to the base of the fire. “Except it’s an accident in that one. Shur-Lok. The chick locks her-self out after cleaning her mess from a broken toilet. You know… some of New York’s finest plumbing.”

They laughed. Something inside her gut unclenched. She smiled tentatively.

Later, curled up against Matty, both of them fully dressed inside their zipped together sleeping bags, inhuman howling noises woke her up. It could have been a bobcat, but she suspected otherwise. It got cold and windy after the ghostly cries stopped. Elaine tried to sleep but she couldn’t get the smell of rotting eggs that came from the zombie bike boy out of her mind. The rain started just before dawn.

They were back the road by 5:30 that morning. Elaine opened the hatch back to get into the cooler when they pulled over at a rest stop. Sitting right in front of the white Igloo was a blue plastic pair of poop bags from the rustic rural campsite.

“Matty,” she seethed through clenched teeth, her hand at her nose, “this isn’t funny…”

“It’s what we’re supposed to do with them, Elaine, take it with us and dispose of it ourselves. Its called pack out.”

Elaine’s giggle dissolved into hysterical laughter. “So fucking gross!” She wiped tears from her eyes. “I can’t believe we’re really fucking doing this…” She whispered. Her red face stained with tears. “Are we really doing this?”

“Yeah,” he watched her like her sister Gertie used to growing up after she’d thrown a massive temper tantrum. Walking on egg shells was how Gertie had defined it and now she could see the same ‘don’t piss off the crazy girl’ kind of look in his eyes.

Matty started to say something and then stopped, as if he was trying to gauge her and not provoke another hair-trigger emotional tirade. He blew out some air, grabbed the offending poop bags and tossed them in the gas station garbage. “The security company didn’t go into extensive detail on what we are carrying or why the secrecy. Only that it’s legal, but better kept under the radar, and the biological sensitivity warrants caution and ground transport. Also, I just got a text about a detour we need to take.”

Elaine had turned her phone off per David’s instructions. She pulled it out and turn it on.

She had an encrypted email from Gertie’s Gmail address.

She opened it and read:

Bio lab in New Orleans hospital has new sample. Need you to go there first before Denver. thx. D.

She clicked on the pin drop location and let the new information settle while she used the ladies’ room and browsed the store for caffeine and sugar snacks.

“So, you really don’t know what this is all about, huh?” She slid back into the running car with her junk food, letting the door fall closed.

“Nope.” He backed out and started driving, not looking at her until they’d stopped under a red light to get back on the highway.  Matty looked cool as a cucumber in his aviator sunglasses. “You don’t have to tell me. In fact, it may be better if you don’t.”

“You don’t want to know.” Elaine let her gaze fall over him, his muscled suntanned legs in khaki shorts. She was sweating, uneasy since spending the night in a sleeping bag next to him. Barely sleeping. “Sorry for my little freak out there. I haven’t had a laughing jag in quite a while.”

“Kind of weirded me out,” he turned off the exit back onto the highway, “but all good.”

“Oki dokie, artichokey.” This was not going to be easy. “Let’s go.”